The New York Department of Labor (NYDOL) is reportedly taking an unusually long amount of time to determine whether Uber drivers who lose their ability to drive for Uber may collect unemployment insurance benefits.  This issue relates to the class action lawsuit against Uber which we have previously written about.  The issue that NYDOL is grappling with is the same as the issue in that lawsuit:  are Uber drivers employees or independent contractors?

NYDOL has been telling Ex-Uber drivers who apply for unemployment insurance benefits the following: “The information we are being given is these claims (not just yours) are under executive review, which means the Dept of Labor is not making the decision whether or not this employment is covered. Your claim will remain pending until such time as a determination has been made.”

END_OF_DOCUMENT_TOKEN_TO_BE_REPLACED

Currently, in Maine, it is legal for an employer to refuse to hire an applicant because she is unemployed. A bill which recently passed the Maine House would change that.

Discrimination against someone because he is unemployed strikes many as unfair particularly because so many people become unemployed due to circumstances beyond their control. “The best program we can provide people with is a good job,” said the bill’s sponsor, Rep. Diane Russell, D-Portland. “This bill would help eliminate the barriers and uphill battles workers face in trying to re-enter the workforce after being laid off, ensuring they have a fair chance at a new job.”

The New York City Council recently enacted a similar law, over the veto of Mayor Bloomberg, that we reported on in January.

The Maine Employment Lawyers Association (MELA), an organization of lawyers who represent workers in Maine, plans to ask the Maine Attorney General to investigate allegations that Governor LePage pressured unemployment hearing officers to more often find in favor of businesses and against workers. The request for an investigation stems from a meeting that Governor LePage personally had with some of the hearing officers in which he allegedly told them that he believed they too often found in favor of workers and against businesses. If these allegations are true, the meeting likely constitutes improper political influence over a process that is supposed to be free of politics.

For all of these reasons, it is critical that unemployment hearing officers decide cases in a fair, unbiased manner and allegations that the Governor has undermined the process should be taken very seriously.

Yesterday, the New York City Council passed a bill that prohibits employers from discriminating against applicants because they are unemployed. This bill is reportedly similar to other laws in New Jersey, Oregon, and the District of Columbia except New York City’s law is the first in the nation to permit applicants to sue an employer in court if it discriminates against them on the basis of their employment status.

“Discrimination is wrong in all its forms, and we cannot — and will not — allow New Yorkers who are qualified and ready to work have the door of opportunity slammed in their faces,” City Council Speaker Christine Quinn said. “This bill will stop unfair hiring practices that are hurting New Yorkers who are trying to get back on their feet.”

Mayor Bloomberg has threatened to veto the bill arguing that it will hurt businesses and discourage new hiring. However, the New York City Council passed the bill in a 44-4 vote which signals that it would be able to override the Mayor’s veto since they would only need 34 votes to override the veto. 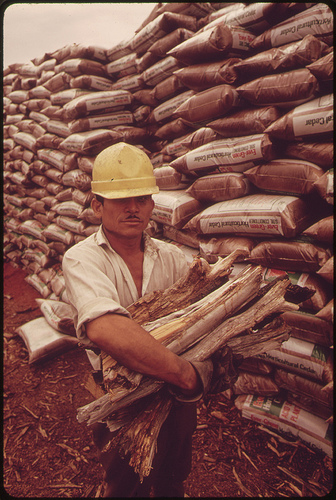 This week, Maine began to use a new uniform legal definition for who is an “independent contractor” and who is an “employee.” This distinction is important for purposes of determining whether a worker is entitled to workers compensation, unemployment insurance, overtime pay, and other benefits. While employees are entitled to these benefits, independent contractors are not. “Under the old rules, a business could have a worker classified as an employee under worker’s comp but as an independent contractor for unemployment taxes,” said Maine Labor Commissioner Jeanne Paquette. “That made no sense, so the administration and many interested parties from all sides came to the table and worked out a better definition that both the Department of Labor and the Worker’s Compensation Board will apply consistently,” she explained.

Additionally, the new law imposes harsher penalties on employers who intentionally misclassify workers as independent contractors. According to Department of Labor spokesperson Julie Rabinowitz, an employer who misclassifies workers as independent contractors could now face a $20,000 fine from the Department of Labor and the Workers Compensation Board. This will help deter businesses from misclassifying workers in order to gain an unfair advantage against law abiding businesses that correctly classify workers as employees and provide them with legally required benefits like workers compensation insurance and overtime pay.

According to the Maine Department of Labor, the new criteria, effective December 31, 2012, that establish a worker as an independent contractor are as follows.

END_OF_DOCUMENT_TOKEN_TO_BE_REPLACED

Today, the Connecticut Department of Labor (CDOL) announced that in January and February, 2012, it issued “Stop Work orders” to 19 companies working on construction projects in Connecticut. One of these companies was Deanes, Inc., a Maine based company that was working on a rest stop on I-95 in Milford, Connecticut. “Stop Work orders,” according to CDOL, “are levied against companies that misclassify workers as independent contractors with the intent of avoiding their obligations under federal and state employment laws covering such matters as workers’ compensation, unemployment taxes and payroll reporting.”

If you believe that your employer has misclassified you as an independent contractor, you should contact an experienced employment lawyer to learn about your rights. By misclassifying you as an independent contractor, your employer may be depriving you of wages by not paying you overtime; or it may be putting your livelihood at risk by not providing you with workers compensation insurance coverage.

If your employer has misclassified you as an independent contractor, and you want to blow the whistle on this illegal activity, you should first contact an experienced employment lawyer to learn about your rights.

The National Employment Law Project (NELP) has published a report which identifies the steps various states have taken in the past year to combat the problem of misclassification. The report identifies a new section of Maine’s Workers Compensation Act which sets special rules for when employers can classify workers in the trucking and messenger service industries as independent contractors. Under this statute, workers in these industries are presumed to be employees and employers can only classify them as independent contractors if they can satisfy specific criteria. To illustrate, under this statute, if a worker is not covered by his employer’s workers compensation insurance, and he does not own or lease the vehicle he uses for work, his employer cannot classify him as an independent contractor.

In addition to legislative action, the NELP report identifies some states that have stepped up enforcement of laws already on the books. For instance, in the past year, Massachusetts’ Joint Task Force on the Underground Economy and Employee Misclassification has recovered nearly $6.5 million through its enforcement efforts–which included $2 million in unpaid unemployment insurance taxes. Recently, there have been reports of rising unemployment insurance tax rates in Maine. Increased enforcement actions against employers who misclassify their workers as independent contractors could help eliminate the need to raise these tax rates. If employers who are violating the law are forced to pay the taxes that the law requires them to pay, the rates can be lower for all employers.

END_OF_DOCUMENT_TOKEN_TO_BE_REPLACED

The American Jobs Act, a bill that President Obama is urging Congress to pass, would prohibit certain employers from discriminating against unemployed applicants. Under the American Jobs Act, it would be an “unlawful employment practice” if a business with 15 or more employees refused to hire a person “because of the individual’s status as unemployed.” Detractors of the bill argue that it will open the door to “nuisance lawsuits.” Supporters of the bill hail the protections against unemployment discrimination as a common sense way to protect people who have been unemployed a long time due to no fault of their own from unfair discrimination.

The District of Columbia and Chicago are also considering passing laws that prohibit unemployment discrimination. New Jersey Governor Chris Christie signed a similar bill into law earlier this year that prohibits employers from posting job advertisements which state that unemployed people may not apply.

Currently, it is legal for an employer to refuse to hire anyone who is unemployed. Obviously, if this practice becomes widespread, the current high unemployment rate would remain high for much longer. A Congressman from Georgia believes this is unfair and he has proposed legislation to make it illegal. Under the Congressman’s bill, The Fair Employment Act of 2011 (H.R. 1113), the same federal law that protects job applicants from religious discrimination, race discrimination, and sex discrimination would also protect applicants from discrimination on the basis of their employment status.