The U.S. District Court of Maine has denied a motion filed by national employment defense firm Littler Mendelson in which Littler attempted to persuade the court to make it more difficult for workers to bring discrimination lawsuits.  The case involves allegations that Modula, Inc. discriminated against the Maine Employee Rights Group’s (MERG) client on the basis of her sex and age and also that it retaliated against her for opposing the company’s discrimination.  Littler argued that the Court should dismiss the sex and age discrimination claims because the allegations in the Complaint were not sufficient to state a claim for relief on those claims.

END_OF_DOCUMENT_TOKEN_TO_BE_REPLACED

This week Lincoln County Administrator Carrie Kipfer informed County Commissioners of a change to the rules for the Maine Public Employee Retirement System (PERS) that would require it to treat retirees that it employed differently than non-retirees.  Ms. Kipfer expressed concern that this rule change could result in age discrimination.  Under this PERS rule (Ch. 803 sec. 14), a retiree who is receiving PERS benefits that returns to work for an employer that participates in PERS must either stop receiving benefits or incur a greater PERS deduction from her pay than non-retirees who work for the employer.

“There are great benefits to hiring people who have experience,” said Ms. Kipfer. “This is unfair to them, because they’ve already paid their dues and won’t be getting anything else from the system.”  To illustrate her point, Ms. Kipfer cited the example of a retired deputy sheriff that the county had rehired a few years ago.  This deputy sheriff no longer works for the county but if he did, this new rule would discourage him from working.

This new PERS rule follows a contentious debate in the legislature earlier this year when lawmakers debated whether to prohibit retirees from collecting pension benefits if they returned to work for an employer in PERS.  Under existing law, there are already limitations on retirees’ ability to return to work.  Retirees can only return to work for a limited number of years and there are limitations on how much they can be paid.  The proposed legislation to prohibit retirees from returning to work was not passed during the last legislative session.

END_OF_DOCUMENT_TOKEN_TO_BE_REPLACED

Earlier this month, the U.S. First Circuit Court of Appeals held that a trial court in Puerto Rico erred when it determined that a worker failed to present sufficient evidence to support her claims of ageist harassment and retaliation.  The trial court had thrown the worker’s case out because the trial judge did not think a jury could reasonably find that the company had violated the worker’s rights.  The First Circuit found that the trial court inappropriately prevented this case from going to trial.

The worker presented evidence to the trial court that her managers called her “vieja,” which means old in Spanish; “useless;” “worthless;” that she should apply for social security; and that she should quit because she was so old.  She told the trial court that this happened on a daily, or near daily, basis for over a year.  The trial court held that the worker failed to present specific enough information for a jury to find in her favor because she did not provide specific information about each instance during the period she was harassed, such as which person made comments on each particular date.  The First Circuit rejected the trial court’s reasoning, holding that it “would be unreasonable to expect the average worker in an allegedly perpetually abusive environment to keep track of her abuse to that degree of detail.”

The First Circuit also reversed the trial court’s decision to dismiss the worker’s claims of retaliation and “constructive discharge.”  After the worker complained to the U.S. Equal Employment Opportunity Commission (EEOC) and a similar agency in Puerto Rico about the harassment, one of the company’s owners began to threaten to fire her because she had filed her complaint.  The worker said that these threats occurred on almost a daily basis.  She wound up taking medical leave because of the depression and anxiety these threats caused.  When she returned, the threats continued until she eventually quit.

END_OF_DOCUMENT_TOKEN_TO_BE_REPLACED

Last week, a federal judge held that a jury could reasonably find that Hannaford fired one of the Maine Employee Rights Group’s (MERG) clients because of his age, disabilities, and need for medical leave.  MERG’s client worked for Hannaford for over thirty years and served as the Produce Manager at the Waldoboro Hannaford store when Hannaford fired him.  At the time of his termination, he was 58 years old; suffered from heart disease, knee and back impairments, and a shoulder injury; and had repeatedly needed medical leaves due to his medical conditions.  Hannaford fired MERG’s client on the day he returned from a medical leave.

Before MERG’s client went out on medical leave, the Waldoboro store was planning to undergo a major remodel and expansion which would increase both the sales volume of the store and the stress on the store’s employees.  The store manager asked MERG’s client whether he could “handle” the stress associated with the expansion but there was evidence that he did not ask other managers in the store—who were younger and not disabled—this same question.

END_OF_DOCUMENT_TOKEN_TO_BE_REPLACED

Starbucks has decided to institute company-wide training on implicit bias. The company’s decision came on the heels of an incident where Starbucks employees called the police to remove some black people from the store for doing something that white people do all the time. These black people were waiting for a friend before they bought their coffee. It is, of course, possible that conscious racism against black people motivated these employees to call the police. However, it is more likely that implicit bias, motives that people don’t think about but that cause them to act in certain ways, caused these Starbucks employees to call the police.

One of the consultants assisting Starbucks believes that companies need to implement systems where employees work together to combat implicit bias, as opposed to asking individuals to police their own biases. “Any strategy that essentially relies on people to try not to be biased is doomed to fail; that’s the heart of the problem,” said David Rock, director of the NeuroLeadership Institute. “You’ve got to shift the focus from individuals trying not to be biased to teams being able to catch bias,” he said.

END_OF_DOCUMENT_TOKEN_TO_BE_REPLACED

Maine Senator Susan Collins, and one of her colleagues in the Senate, recently sent a letter to Facebook, Google, and Linkedin expressing concern about job advertisements that target only workers in certain age groups. This is the same issue that we discussed last week because there is a class action lawsuit against companies that have been posting these job advertisements.

“By targeting employment advertisements to specific age groups, certain users may be denied the ability to view job opportunities. We write today to express our concerns related to such targeting and to inquire as to the use of age-based advertising tools in hiring practices,” said Senator Collins in her letter. The letter asked the companies to provide her with certain information by January 31, 2018, which will help her to better understand the issue.

END_OF_DOCUMENT_TOKEN_TO_BE_REPLACED 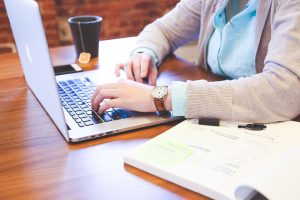 T-Mobile, Amazon, Cox Communications, Facebook and many other companies are defending a new class action lawsuit which alleges that they have engaged in systemic age discrimination by targeting younger workers with Facebook job advertising. The lawsuit seeks relief for millions of older workers who are excluded from this advertising.

These companies have allegedly used Facebook’s targeted advertising system to show job ads to Facebook users based on their ages. The lawsuit alleges that Facebook actually requires companies to select the age range of the people who will see the ad in their Facebook news feed.

The lawsuit includes examples of job ads which say that the person viewing it was targeted because of their age. For example, there is an advertisement for a position with Cox Media Group which says that the viewer is seeing the ad, in part, because they are between the ages of 20 and 45.

END_OF_DOCUMENT_TOKEN_TO_BE_REPLACED 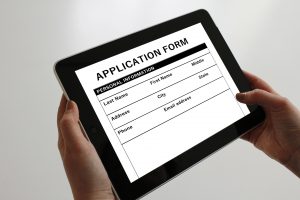 “Disparate impact” cases involve employment practices that, on their face, do not discriminate on the basis of a protected category but that, nevertheless, operate in a way that negatively affects a protected group. In Maine, if a company engages in employment practices that have a large enough disparate impact on a protected group, such as older workers, the company can be liable for discrimination if it cannot prove that the practice is “job related and consistent with business necessity.”

END_OF_DOCUMENT_TOKEN_TO_BE_REPLACED

Earlier this month in New Jersey, a federal jury found that Lockheed Martin had discriminated against one of its employees because of his age and awarded that employee $51.5 million. Reports about the case indicate that the jury heard evidence that Lockheed Martin had a practice of laying off older workers while at the same time recruiting and hiring younger workers.

The plaintiff in this case, Robert Braden, was the oldest of six employees who reported to the same manager and he was the one chosen for layoff. The company gave Braden no reason for his lay off and did not use any objective criteria to make the layoff decision. Braden was 66 years old at the time of the layoff. The other four employees that the company chose for layoff from Braden’s facility were all older than 50.

END_OF_DOCUMENT_TOKEN_TO_BE_REPLACED

Recently, there have been articles written about how millennials face employment discrimination because of their age. Some examples are here, here, and here. Millennials face discriminatory stereotypes such as that they are unpredictable or do not have a strong work ethic. Employers who engage in this sort of discrimination are certainly shooting themselves in the foot because there is a lot of research which shows that diverse workforces, including employees of diverse ages, improve an organization’s performance. Diverse teams are better at solving problems than non-diverse teams.

Even though Maine law prohibits age discrimination against younger workers, it can be difficult to determine whether an employer has discriminated against a worker because she is young or because she lacks relevant experience. There are, however, ways around this issue. For example, if an employer requires applicants to have decades of experience for a position that does not actually require such a high level of experience, that could be a sign that the employer is trying to exclude applicants because of they are young. Furthermore, managers will sometimes make statements that reveal their bias.  This is because discriminatory attitudes about millennials, as compared to discriminatory attitudes about race or gender, are relatively socially acceptable to many people.

END_OF_DOCUMENT_TOKEN_TO_BE_REPLACED
Contact Us
Fill out the form below and you will receive a response from one of our expert attorneys generally within one business day
FREE Case Review
Completely Confidential
800.596.0662 Local: 207.874.0905
Connect