The facts as alleged in the suit reflect a clear violation of the Americans with Disabilities Act (ADA) and Title VII of the Civil Rights Act of 1964 as amended by the Pregnancy Discrimination Act. Under Federal Law, employers have an affirmative duty to accommodate employees with disabilities. Medical leave may constitute a reasonable accommodation. It is illegal and unacceptable to fire an employee for using reasonable accommodations including medical leave. Prior to termination of employment, the laws require an employer to evaluate whether an employee out on an extended medical leave may be able to perform the essential functions of the job with accommodation such as additional leave or job modifications that would allow her to safely return to work.

END_OF_DOCUMENT_TOKEN_TO_BE_REPLACED

According to the advocacy group representing the women who filed the lawsuit, New York is one of 23 states with a law that have enacted laws which specifically entitle pregnant employees to reasonable accommodations for pregnancy-related medical conditions.  Maine does not have such a law and, thus, it is more legally complicated in Maine to establish that a pregnant worker is entitled to a reasonable accommodation.

The class action, filed in New York state court, alleges that Walmart violated this New York state law because it assessed attendance points to the two women when they had to miss work due to pregnancy-related medical conditions.  According to the lawsuit, Walmart has an attendance policy, similar to many employers, where it assesses points to employees who have unscheduled absences and then disciplines them when they accumulate a certain number of points.  The two women who filed the lawsuit had to miss work in order to seek medical care related to their pregnancies and Walmart held that time missed against them.  According to the women, they asked if they could be excused from work for these medical reasons but Walmart managers refused and, so, the women had to choose between their jobs and their health.

END_OF_DOCUMENT_TOKEN_TO_BE_REPLACED

A federal court in Connecticut has determined that a jury could reasonably find that Yale New Haven Health Services Corporation (“Yale”) discriminated against a female employee because she needed to pump breast milk at work. The court found that discrimination against an employee for pumping breast milk violates both federal and state laws that protect employees from pregnancy discrimination.

The female employee complied with the new policy at first but trekking down to the lactation room to pump breast milk interfered with her ability to do her job. The female employee served as a Clinical Bed Manager and her job required her to communicate with other Yale employees regarding admissions, discharges, and transfers of patients. She could not communicate with other employees while she was in and walking to and from the lactation room.

END_OF_DOCUMENT_TOKEN_TO_BE_REPLACED 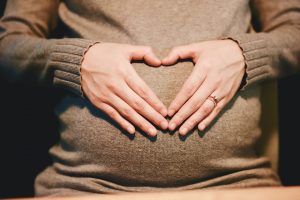 This month, Connecticut enacted new protections for pregnant workers that address some of the more common abusive employment practices that women face when they are pregnant. The new protections include the following:

END_OF_DOCUMENT_TOKEN_TO_BE_REPLACED

The U.S. Fifth Circuit Court of Appeals in Louisiana recently reversed a trial court’s decision to dismiss a pregnancy discrimination case before trial.  The case involved the law firm Carabin & Shaw’s decision to terminate an employee named Cynthia Heinsohn days after she went out on maternity leave.  The trial court thought no reasonable jury could find that Carabin & Shaw had terminated Heinsohn because of her pregnancy.  The Fifth Circuit found that the trial court had improperly denied Heinsohn her right to a trial.

The trial court, according to the Fifth Circuit, improperly threw out Heinsohn’s case before trial based on an assessment of witness credibility.  The primary purpose of trials is to assess witness credibility.  A judge cannot deny a worker her day in court just because he believes, based on the written record, that the employer’s supposed reason for terminating the worker was non-discriminatory.  When a case comes down to witness credibility, particularly in a case where a jury trial is available, the winner should be decided based on a full assessment of each witness’ credibility by observing him or her testify.

The facts of Ms. Heinsohn’s case are, unfortunately, all too familiar.  Ms. Heinsohn went out on maternity leave and Carabin & Shaw found that some deadlines had been missed which it blamed on Ms. Heinsohn.  Without even asking Ms. Heinsohn about the missed deadlines, it fired her while she was on maternity leave.  According to the Fifth Circuit, there was evidence that Ms. Heinsohn was not responsible for the missed deadlines and a jury could infer that Carabin & Shaw actually terminated her because of her pregnancy.  This type of situation—where an employer fires an employee while she is out on leave—is all too familiar.  When employees go on leave, they often draw the ire of their employers who have to take steps to get the employees’ work done while they are out.

END_OF_DOCUMENT_TOKEN_TO_BE_REPLACED

The Pregnant Workers Fairness Act could require, for instance, an employer to permit a pregnant worker to carry a water bottle with her so that she can drink the amount of water that her doctor recommends. Similarly, it could require an employer to let a pregnant worker who would normally stand to do her job, such as a cashier, to sit on a stool instead.

Senators Shaheen and Ayotte recognize that the Supreme Court issued a ruling earlier this year in a case where a pregnant UPS worker required an accommodation but the Senators believe that the Court’s decision left too many unanswered questions. They believe that this law will make it clear for both employers and workers that pregnant workers are entitled to reasonable accommodations.

END_OF_DOCUMENT_TOKEN_TO_BE_REPLACED

The argument that the Salter School made in this case is not uncommon. In the face of discrimination charges, many employers choose to put forward a person who did not know the complainant well and then claim that he made the decision to take adverse action (such as, termination, demotion, or suspension) against the complainant. The employer will argue that this supposed decisionmaker did not know that the complainant was pregnant, or disabled, or in need of medical leave, or had some other protected trait, and, thus, he could not have discriminated against the complainant because of her protected trait. The problem with this strategy, however, is that managers who do not know an employee rarely take adverse actions against the employee without getting input from a manager who knows the employee and that the employee is pregnant, disabled, in need of medical leave, etc. These managers who provide this input are often the ones behind the discriminatory treatment.

Last month in California, a federal jury found that AutoZone discriminated against Rosario Juarez, a former employee, because she was pregnant.  The jury awarded Juarez $872,000 for the damages she suffered plus $185 million in punitive damages.

Juarez claimed that AutoZone demoted her from her management position in 2006 after she informed the company that she was pregnant.  Juarez told her district manager that she was pregnant and, according to her, he said “congratulations…I guess” and then said “I feel sorry for you.”  AutoZone claimed that it demoted her because she misplaced $400 in cash.  But the loss prevention officer who investigated the missing money said that he did not think Juarez was to blame for the missing money.

Pregnancy discrimination is unlawful under Maine and federal law.  In Maine, if a jury returned a verdict of $185 million in punitive damages, damage caps in the Maine Human Rights Act would require the court to reduce the award to, at most, $500,000.  While this may seem like a lot of money, to a company like AutoZone–which reportedly pulled in $9.5 billion in revenue between August 2013 and August 2014–$500,000 does not have much of an effect.

END_OF_DOCUMENT_TOKEN_TO_BE_REPLACED

Earlier this month, the U.S. Equal Employment Opportunity Commission (EEOC) issued new Enforcement Guidance on Pregnancy Discrimination and Related Issues which discusses legal requirements under the Pregnancy Discrimination Act (PDA), Americans with Disabilities Act (ADA), and other federal laws.  According to the new Enforcement Guidance, pregnancy discrimination complaints have been on the rise for years, outpacing the steady rise of women in the workplace.

According to the Enforcement Guidance, the ADA entitles pregnant employees who suffer from some pregnancy-related medical impairments to reasonable accommodations.  For instance, an employer may have to permit a modification to an employee’s work schedule in order to accommodate her if she has a pregnancy-related medical impairment. The Enforcement Guidance offers the following example of such a situation:

END_OF_DOCUMENT_TOKEN_TO_BE_REPLACED

“This study takes the research of discrimination against pregnant women a step further,” said lead author Whitney Botsford Morgan, assistant professor of management at the University of Houston. “We know that this type of discrimination exists. This research helps us understand what can be done to reduce it. Statements that refute stereotypes about being inflexible and lacking commitment are particularly effective.”

It is against state and federal law for employers to discriminate against an employee or job applicant because she is pregnant. Despite these laws, as this study shows, discrimination against pregnant women is common. If you believe an employer has discriminated against you because you are pregnant, you should contact an experienced employment lawyer to learn more about your rights.