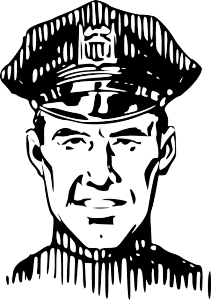 Last month, the Massachusetts Supreme Court held that a jury could reasonably determine that the Boston Police Department (BPD) discriminated against one of its police officers, Sean Gannon, because he has disabilities related to a brain injury. Gannon suffered the brain injury from his experience competing in mixed martial arts (MMA) professional fights. His brain injury resulted in impairments such as sleep apnea, speech problems, and difficulty focusing. Due to these impairments, BPD removed Gannon from patrol duty and placed him on desk duty.

Gannon underwent treatment for his brain injury and his condition improved over time. Eventually, multiple doctors cleared him to return to patrol duty. To reach their decision, these doctors relied on, among other things, the results of a simulated job test that Gannon successfully completed. This simulated job test included a “shoot/don’t shoot” target practice drill and other simulated police officer tasks. Despite Gannon’s ability to complete the simulated job test and the clearance he received from his doctors, BPD continued to refuse to return him to patrol duty. As a result, he sued BPD for disability discrimination.

The Massachusetts Supreme Court held that Gannon had enough evidence to persuade a reasonable jury that he could perform the essential tasks of patrol duty and that BPD violated his rights when it refused to return him to patrol duty. The court sent the case back to the trial court for a trial. At trial, the case will likely hinge on which side wins the “battle of the experts.” Gannon will present expert testimony that he was capable of performing patrol duty and BPD will present its own expert testimony to the contrary.  Gannon’s own testimony will probably also be key.  The jury will likely factor in how well Gannon testifies when they determine whether he can perform the essential functions of patrol duty.