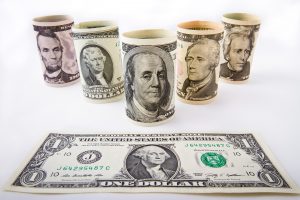 Supporters of the bill that was voted down point to complaints from some small business owners about rising labor costs which they say will require layoffs and increased prices.  Opponents of the bill pointed out that employment and wage numbers seem to be doing well under the current law; and they, thus, see no reason to change it.  Indeed, in February 2018 Maine’s unemployment rate was 2.9% compared to 4.1% nationally.

Some opponents of this bill have also focused on the fact that the bill runs counter to the will of the voters.  “These are the same citizens who, in the face of gridlock in Augusta, exercised their constitutional right to use the citizen’s initiative process to create law,” Rep. Kent Ackley (I-Monmouth) said. “And that was because the leaders here could not do so.”

One interesting aspect of this debate is that it comes on the heels of a huge tax cut that the federal government enacted.  This tax cut was supposed to make it less costly to do business and, in turn, allow for businesses to increase wages.  Many of the same politicians who supported this tax cut are calling for a reduction in the minimum wage, which seems counterintuitive.  If these tax cuts are really going to reduce the cost of doing business and allow for an increase in wages, there is no reason to cut workers’ wages in Maine before we can see what effect these tax cuts have.