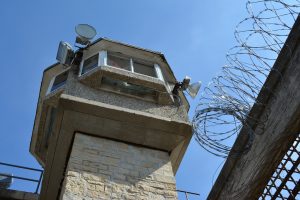 Female corrections officers experience sexual harassment at alarming rates and many prisons illegally fail to protect them from this harassment. The Washington Post recently ran a story about this serious problem.

In recent years, female corrections officers who have banded together and opposed sexual harassment have had success with legal action. Last year, for example, the Federal Bureau of Prisons agreed to settle a sexual harassment class action for $20 million and, as part of the settlement, agreed to make procedural changes that will help to prevent sexual harassment from recurring in the future.

The report of the U.S. Equal Employment Opportunity Commission’s Select Task Force on the Study of Harassment in the Workplace provides further helpful information on how prison officials can address this serious problem.

The attorneys at the Maine Employee Rights Group have decades of experience representing victims of sexual harassment. If you are suffering from sexual harassment in your workplace, contact us to learn more about your rights.