In Escriba v. Foster Poultry Farms, the Ninth Circuit Court of Appeals, a federal appellate court in California, held that an employee who takes leave that would qualify for protection under the Family and Medical Leave Act (FMLA) may choose not to have that leave count as FMLA leave. Under the FMLA, employers must permit employees eligible for FMLA to take 12 weeks of leave per year for FMLA-qualifying reasons, such as to care for a child or parent with a serious health condition. According to the Ninth Circuit, an employee can decide to take accrued paid time off (PTO) for a FMLA-qualifying absence and the employer cannot deduct that time from the 12 weeks of FMLA available to her.

Some employer advocates are distressed about the Escriba decision. Many employers prefer to require employees to use their FMLA leave whenever they take leave from work for a FMLA-qualifying reason. These employers want employees to exhaust their FMLA leave as quickly as possible so that they can limit the amount of leave they have to give their employees. If an employee can take PTO to, for instance, care for a parent with a serious medical condition and choose not to have that PTO count against her 12 weeks of FMLA leave, the employee can save her FMLA leave for another time–something many employers don’t want.

While the Escriba decision would seem to help employees, it did not help Ms. Escriba. Ms. Escriba lost her case because she chose not to designate her leave from work to care for a sick parent as FMLA leave and, consequently, the leave was not protected. Thus, the employer was legally permitted to fire her when she violated its “no-show, no-call” policy even though she was on a leave of absence that would have been protected under the FMLA had she chosen to designate it as FMLA leave.

END_OF_DOCUMENT_TOKEN_TO_BE_REPLACED

Earlier this month, the U.S. Department of Labor (DOL) updated its guidance to employers and employees on the Family and Medical Leave Act (FMLA). The new guidance defines the term spouse under the FMLA as “a husband or wife as defined or recognized under state law for purposes of marriage in the state where the employee resides, including ‘common law’ marriage and same-sex marriage.” The DOL updated its guidance in light of the Supreme Court’s decision in U.S. v. Windsor where the court found that the Defense of Marriage Act (DOMA) unconstitutionally prohibited same-sex spouses from receiving the same benefits under federal law as opposite-sex spouses. Same-sex marriage is legal in Maine and, as such, Mainers in same-sex marriages can now take FMLA leave to care for a spouse with a serious health condition. Even before this change in the federal FMLA, Mainers in same-sex marriages could take leave from work under Maine law to care for a spouse with a serious health condition but the federal FMLA provides for more leave than Maine law.

The Human Rights Campaign, a gay rights advocacy group, said the following about this new guidance from the DOL:

END_OF_DOCUMENT_TOKEN_TO_BE_REPLACED

One of the most common and difficult issues employees face is when they have family care giving responsibilities that require them to miss some work and their employers refuse to allow them to take sufficient time off to attend to those responsibilities. Most of us are familiar with these types of situations, like: a child or spouse in the hospital; the birth of a new son or daughter; the death of a parent or spouse. Unfortunately, there is not one law which governs every situation but, rather, a patchwork of different federal and state laws that provide employees with certain rights. 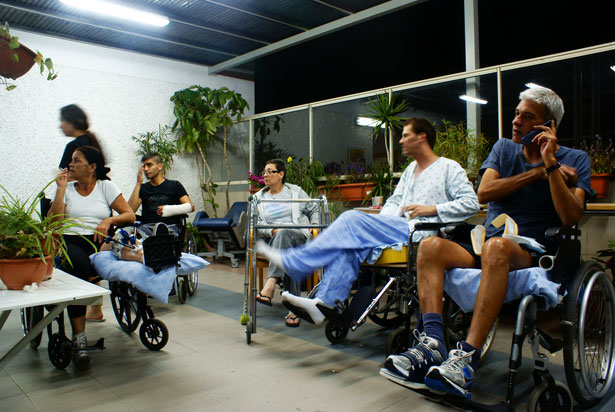 END_OF_DOCUMENT_TOKEN_TO_BE_REPLACED

Yesterday, the U.S. First Circuit Court of Appeals, which has jurisdiction over Maine, other New England states, and Puerto Rico, affirmed a jury verdict against Walgreens in a Family and Medical Leave Act (FMLA) case. This case presented an interesting issue of first impression for the First Circuit–whether an employee fired in violation of the FMLA is entitled to lost overtime pay.

The case arose in Puerto Rico when Walgreens fired the plaintiff, Juan C. Pagan-Colon, almost immediately after he presented an assistant manager at his store with a note from his doctor that said he would need a week of medical leave. Pagan-Colon presented this note to the assistant store manager on May 17, 2008. On May 23, 2008, the store manager mailed Pagan-Colon a letter dated May 19, 2008, which said that he had to contact Walgreens management within 48 hours to discuss his eligibility for disability leave or else there might be “negative consequences.” Even though it was impossible for Pagan-Colon to meet that 48-hour deadline since the manager didn’t mail the letter until after the deadline expired, Pagan-Colon immediately went to the store to discuss the situation. After Pagan-Colon explained to the store manager that he had provided a doctor’s note to the assistant store manager, the store manager fired him and refused to provide him with an explanation for the termination decision.

END_OF_DOCUMENT_TOKEN_TO_BE_REPLACED

A New Jersey woman, Dr. Mary Beamer, is pursuing a lawsuit against her former employer, Herman Chiropractic Center. In her lawsuit, she claims Herman Chiropractic fired her because she was pregnant. According to a news report about the case, Dr. Beamer claims that she suffered from hyperemesis gravidarum, which is a severe form of morning sickness that can cause dehydration, and she needed to take 11 days medical leave from work because of it. Dr. Beamer claims that when she was ready to return to work after her 11-day leave, the owner of the company told her not to bother because he didn’t want her to return.

In this case, Herman Chiropractic knew that the federal Family and Medical Leave Act (FMLA), which entitles eligible employees to medical leave for pregnancy related health issues, did not cover it. The FMLA didn’t cover Herman Chiropractic because it did not have 50 or more employees. Thus, that law did not require it to provide Dr. Beamer with leave for her pregnancy related condition. However, the federal Pregnancy Discrimination Act (PDA) also protects pregnant employees. Under the PDA, an employer cannot fire an employee because she is pregnant. Dr. Beamer claims in her lawsuit that Herman Chiropractic did exactly that.

If you are pregnant and your employer has refused to let you take leave from work due to pregnancy related health issues because it claims you aren’t covered by the FMLA, you should contact an experienced employment lawyer to learn more about your rights. It is not uncommon for an employer to mistakenly tell an employee she is ineligible for FMLA leave even when she is eligible. Additionally, Maine has its own version of the FMLA, which applies to employers with fewer than 50 employees, and some employers misapply that law as well. Even if the federal FMLA or Maine’s version of the FMLA don’t cover you, you might have a claim under the PDA like Dr. Beamer.

On January 27, 2011, the First Circuit Court of Appeals ruled that an employee may not take unpaid leave from work to care for a family member so that he can undergo religious healing rituals. A former employee of the Lahey Clinic, Marial Lucia Tayag, brought the case. The Lahey Clinic fired Mrs. Tayag because she took leave from work to care for her chronically ill husband while they went on a healing pilgrimage to a Catholic church in the Philippines. Mrs. Tayag’s husband suffers from serious medical conditions, including gout, chronic liver and heart disease, rheumatoid arthritis, and kidney problems that led to a transplant in 2000. While in the Philippines they prayed and met with priests and other pilgrims.

Mrs. Tayag argued that the Lahey Clinic violated her rights under the federal Family and Medical Leave Act (FMLA) because she was entitled to take leave to care for her husband while they were on their healing pilgrimage. The First Circuit (which is the federal appellate court for Maine, Massachusetts, New Hampshire, Rhode Island, and Puerto Rico) rejected Mrs. Tayag’s argument. It held that the FMLA did not protect Mrs. Tayag because her husband did not receive medical care from a “health care provider,” as that term is defined in the FMLA, during their healing pilgrimage. The court noted that federal regulations permit Christian Scientists to take FMLA leave for religious healing but did not extend that regulation to apply to Catholics.

The FMLA and the regulations that accompany it are sometimes difficult to navigate. If you are not sure whether your employer has violated your rights under the FMLA, you should contact an experienced employment lawyer to find out.

The Maine legislature recently failed to pass legislation that would have protected Maine workers who could not come to work because they were sick. Initially, the proponents of the legislation wanted to pass a law that would require employers to provide paid sick leave. When they could not garner enough support for that bill, they narrowed the legislation to only prohibit employers from terminating employees who cannot work because they or a family member are sick. Even that scaled back bill failed. As a result, many workers with contagious diseases, like swine flu, will be forced to come to work sick or lose their jobs.

You should know that an employer can terminate you for missing work because you are sick unless you fall under protections for employees with disabilities, workplace injuries, or serious health conditions. If you believe your employer has terminated you unfairly because you missed work due to your own health problems, or the health problems of a family member, you should contact an experienced employment lawyer.

In late October, President Obama signed into law new protections for families of military personnel who need to take leave from work under the Family and Medical Leave Act of 1993 (“FMLA”). The new protections expand on changes implemented less than a year ago which required certain employers to provide unpaid leave for qualifying family members of military personnel.

Under the FMLA, an employee may take leave because of a qualifying exigency that is a consequence of his spouse, son, daughter, or parent being called to active military duty. Such exigencies include the need to arrange for alternative childcare, to attend official military ceremonies, to make legal and financial arrangements, and to attend counseling. Prior to the new amendments, only employees whose family members were in the Reserves or the National Guard could qualify for this leave. Under the new FMLA amendments, employees whose family members are in the regular Armed Forces may take leave for these exigencies when the family member is deployed to a foreign country.